SSD stands for solid state drives, and these drives are quickly putting old HDDs (hard drives) to shame. If you think that a hard drive is a hard drive, then you haven’t seen a SSD put up against a HDD. SSD technology compares to good old computer hard drives, like e-mail compares to the United States Postal Service. Windows & Mac startup speeds are tripled. Need hard drive recovery, as opposed to our SSD data recovery? eProvided is here to help. 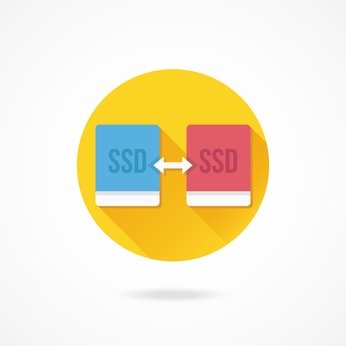 Up until now, PC consumers had next to no choices when it came to file storage. Every laptop, Ultrabook, tablet, and desktop included a standard hard disk drive. It was a system standard and nobody questioned it… until SSD technology came into the picture.

The Benefits of SSD Drives.

Solid state drives provide unprecedented and unparalleled benefits in comparison to traditional hard drives. Regardless of whether your preferred PC is a portable laptop or stand still desktop, SSDs are the ultimate means of supercharging your computer performance. But, SSD drive failure is a reality. eProvided manages all sorts of services. Check out our computer repair services in Las Vegas. In short, the benefits of a new SSD drive overshadows its risks.

Are you building a new gaming PC? Is SSD gaming faster than HDD gaming? Modern PC games storage requirements increase with new games, plus add-ons and updates. SSDs win over the gaming industry, because of its speedy operating system boot times. Computers with an SSD often boots in a fraction of the time compared to an HDD. The PlayStation 5, Xbox Series X, and Xbox Series S include SSD storage. Likely, because of the growth of AAA title sizes. Next-gen games will likely exceed 150GB, and some already have. Call of Duty: Modern Warfare file size takes up 200GB. Although Windows 10 requires 20GB of space, smaller drives like an 256GB SSD would almost become full after installing just one AAA game. If you plan to install multiple new releases at once, you’ll want to grab a 1TB SSD.

There’s no time like the present to upgrade your laptop or desktop system. SSDs are a viable means of increasing speed, saving money, and improving both overall performance and speed. Who wouldn’t want to get a chunk of this action and power boost their system into the future?