Switching From Traditional Devices and Storage.

Hard disk sales drop. More people are switching from using traditional computers to using smartphones and tablets for various computing tasks. These new technologies use a different type of drive for data storage, the solid state drive, or SSD. Because of this, many industry experts are foretelling a substantial drop in hard disk sales. In 2019 1 TB SSD’s could become the mainstream storage drive. Prices on SSD’s have fallen 50-60 percent year over year. For example, the highly sought after Samsung 970 EVO M.2 NVMe SSD sold for $149.99. 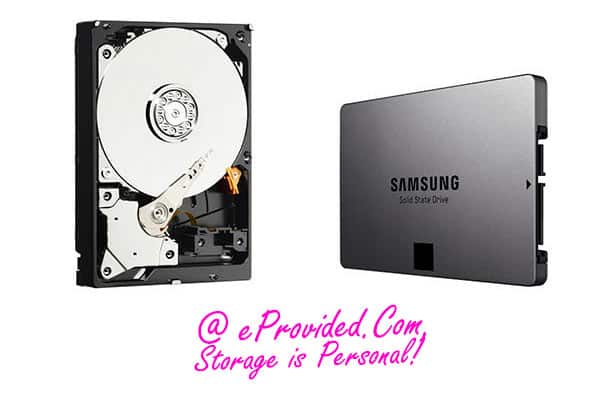 According to a story by Trend Force, prices for SSDs are going to drop to .10 or lower by the end of 2019. This will be an all-time low for Solid State Drives. The mainstream markets will be incorporating larger sized SSD’s due to the price drops. Therefore, once people upgrade to M.2 NVMe SSD’s and witness these speeds, they’ll never go back to older hard disks.

The reason for the price swings lower? NAND flash memory vendors are transitioning to the smaller technologies. Production expense decreases are the culprit. This is good for the consumer.

Hard drives are still the least expensive type of storage per gigabyte. Current laptop and notebook computers use a hybrid drive, or will pair a hard disk with an SSD. This is to balance cost with the energy efficiency, durability, and performance inherent in an SSD.

SSD Still Too Costly — But Rapid Price Changes Are Coming.

But an SSD is still too costly for data intensive uses. Cloud storage, data server farms and virtual servers all still depend on hard disks to function. This is helping to add some stability to the hard drive market. Other concerns arise when these solid state hard disks fail. eProvided warns that drive failures can become costly with this new storage technology. Have questions about SSD data recovery? In short, we can help you plan ahead.

However, the iSuppli report indicates that the use of external hard disk drives on an individual level is likely to drop. Rather than rely on an external hard drive for extra storage or backup, cloud storage and Internet based backup solutions may replace external hard drives by the end of the decade.

Cost Per Gigabyte To Decrease.

Due to lower consumer demand, it is possible that we will see a decrease in the cost per gigabyte for hard drives. However, since consumer demand for newer, bigger and more efficient devices is still present, there might not be too much of a drop. Manufacturers keep prices higher to fund research and development of new products.

The quick and large commoditization of PCs, smartphones, tablets and cellular phones create memory chip (NAND) prices to drop over time. Improvements in speed over this past decade is massive. Price declines and growing competition in new storage is good for the consumer.

With a continued decline in the use of hard disk drives, we can expect manufacturing costs for SSDs to escalate lower. Toshiba recently purchased the assets from OCZ Technology. Expect more mergers and acquisitions going forward.

As older hard drives near the end of their useful lives, the trend may be to replace them with SSDs. But even though the drive itself is wearing out, the data contained on the drive will still continue to be valuable. If the drive happens to fail before it is replaced, a data recovery specialist can help to transfer the data from the old hard drive to a new SSD. Individuals and companies store billions of dollars of irreplaceable information on their current hard drives. While the hard drive may be replaceable, the data contained on it is not.

Remember that newer technology creates new problems. If you suffer data loss on an SSD or hard disk, you might find that SSDs are harder to tackle. Retrieving lost data from these drives is more difficult due to the nature of this new technology. Contact a global leader in recovering lost images and files if you find yourself in a pinch. With this new technology you can be educated and have a plan ready. That is, if disaster strikes.