Bruce Cullen, the founder of eProvided states NASA and consumers rely on SSD drive recovery. “Most all laptop computers, iPhones, smart phones, voice recorders, USB sticks, SSD drives, iMacs and notebooks have NAND chips and solid state drive technology onboard.” But there is much more to the story and a bit about NASA and the Mars Space Missions.

Data recovery services provide recovery of files on a variety of operating systems and drives based on MLC or SLC NAND modern technologies. By design, current generation SSD controllers include ever-evolving innovations and top-level encryption protocols to safeguard the protection of stored data. It also supplies around 100% better data security compared to leading enterprise HDD’s. Can NAND chip technology work safely with the growing demand on fast, safe and rugged Solid State Drive Controllers? Time will tell. Most data recovery companies are having a tough time deciding the best methods to extract and recover data from these solid state storage drives. Meanwhile, for more information on NAND data recovery, click here! 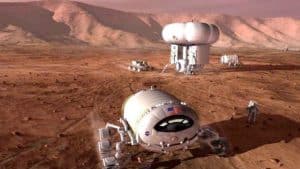 “Future robotic missions to Mars and eventual human exploration of the Red Planet will require that more massive payloads than the one-ton Curiosity Mars rover prevail to the surface. NASA is developing new large, sturdy, and lightweight systems to deliver next generation rovers and landers on Mars. Above all, these new technologies would be able to slow larger, heavier landers from the supersonic speeds of Mars atmospheric entry to the subsonic ground-approach speeds necessary for a safe landing.” Now this becomes a story for your grandkids.

Who is ready for space camp? ~ https://www.jpl.nasa.gov/missions

Bruce Cullen states, “There are many benefits to Solid State Drives…”

It’s no surprise, SSD drives are amazingly fast and efficient. This new technology has much room to grow, imagine this technology 10 years from today. In other words, everything is becoming faster, bigger and much safer for the environment.

“It amazes me where technology is going today, I am so pleased to be involved, this, the fourth time being called by NASA… recovering the mission data from the Helios mission after it crashed into the Pacific in 2003 was an honor. Taking a walk on the beautiful strip of Las Vegas Blvd, producing music and benefiting space exploration all at once, it’s a dream come true!” states Bruce.

Example of some SSD Form Factors

The complexity and highly exclusive features can make some data recovery difficult when an unforeseen solid-state drive failure occurs. Unlike hard disk drives, many newer solid state storage devices have no proper data set relocating components. This creates an incorrect perception that data is much more secure on SSD’s, which, unfortunately, is not always the case.

Firstly, SSD’s have greater susceptibility to some defects that normal hard drives are not as susceptible to. This consists of sudden power loss, electromagnetic fields and electrical charges, static electricity, physical damage and surface mount controller oxidation issues when compared against typical HDD’s.

Due to the solid storage data having limited cycled patterns, the ability to create new data can eventually wear out and lead to possible data loss depending on the technology used. On Solid State Drives, when a block loses its ability to retain data or when data errors occur that cannot be corrected by the drive’s error correction algorithm (ECC – AKA: error correction code). The block is switched to a readily available block. When the extra blocks are exhausted, the solid state drive can easily reach a critical failure state. At this point, the SSD data is lost and the need for data recovery is imminent. Innovations in error correcting code, ECC, will extend the drive’s operating life. It also benefits system-level performance if the design is correctly implemented.

A variety of problems can occur with NAND; however, benefits of NAND also exist. For more information, take a closer look at the list below.

As a result of modifications in federal regulatory demands, and the expansion of state rules impacting data protection and privacy, any third parties which execute key support functions for an organization that requires analyzation.

These audits determine if the provider’s data holding and processing controls are completely safe and secure in both their design and functional performance. Networks are becoming safer and secure by safeguarding private and vital business data from safety breaches.

After that the safety protocols and certifications are verified to ensure the business is qualified to carry out SSD recovery on gadgets that hold financial, healthcare, government, and various other sorts of very private information.

NAND wafers and controller chips have been the single biggest change to drive innovation in the last few years. NAND storage appears in data centers, high-end laptop computers like Apple’s MacBook Air and memory cards in mobile devices such as Apple’s usage of NAND flash in its well-known iPods and iPhones.

Flash memory chips obtain of either NOR or NAND gate entrances. Created by Toshiba, NAND flash works like a disk as opposed to memory. It has faster erase and write cycles, higher density and ten times the endurance of NOR flash. Its I/O user interface allows only consecutive access to data, which makes it suitable for mass-storage devices and much less beneficial for computer memory. Additionally, NAND flash forms the core of the detachable USB storage device. Overall, NAND wafers and controller chips create amazingly efficient flash memory and super fast solid-state drives today.