According to a study by Which? Magazine, the Samsung Galaxy Note 10.1 is the fastest tablet on today’s market, gaining an impressive benchmark score of 2856. All tablets tested were Wi-Fi-only, and each device was put through a series of everyday tasks to see how they fared. Apple’s iPad Air came second with 2687, while Google’s Nexus 7 hit third with 2675. 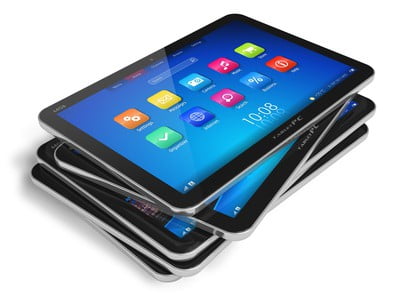 Thanks to the rise of NAND memory in devices, tablets continue to offer customers a fast, efficient level of quality on handheld devices. Whether it’s for browsing the internet, streaming films, listening to music or playing games. In short, tablets are a preferred option for media-consumption comparing to laptops or PCs. As manufacturers continue to experiment and innovate with NAND flash, new forms and capacities will allow for even more evolution in the tablet market, offering customers an even wider range of functionality.

The Which? study focused on speed, but is this the most important aspect? Most users would have to say yes – speed of accessing apps, speed of streaming media, speed of loading data. NAND flash memory has allowed computing to become faster, and as the market has changed drastically, manufacturers have focused on making devices as fast and intuitive for users as possible.

Consider how different the markets became compared to ten years ago. Most people had phones in 2004, but they were at a turning point in their development – we were coming out of the monochrome era, into a world of color screens, polyphonic ringtones, MP3 storage capabilities, and even the ability to display high-resolution photos and play videos. The phone had gone from being a communication-focussed tool to a device consumers could use for leisure. Games became more advanced than Snake, for example, and offered 3D graphics with more complex design. Greater internet access allowed users to browse online with images, videos, and faster speeds.

In ten years, this technology has taken massive leaps to reach today’s standard. In short, most people have a smartphone, a tablet, or both. And, most users now use their phones more than tablets to call or text people. And, the range of apps and various media allows for greater freedom on a handheld device than we could have imagined. In the 1990s, Sega’s Game Gear was capable of playing live television if fitted with their adaptor – at the time, this was a fantastic evolution, but never really seemed to take off. Now, we can sit and watch television on our phones or tablets, wherever we are, without the need for a special add-on.

As developers and manufacturers grow more and more ambitious in a bid to lead the market, NAND will continue to change, to the consumers’ benefit. Within the past two weeks, Samsung announced the mass production of a new NAND Flash chip: the eMMC Pro Class 1500. Size matters, but can also lead to NAND flash data recovery circumstances. This is the first to be produced on Samsung’s newest technology node of 20 nanometers, and will be available with three different gigabyte-capacities:16, 32, and 64. Using multiple stacks of two, four and eight dies, the Pro Class 1500 is set to reach industry-leading speeds for an embedded memory device. This will allow Samsung to release the most advanced tablets to date, but will also push their competitors to explore even greater achievements, pushing NAND to ever greater heights. However, will this lead to an eventual burnout? Will developers find they have nowhere else to go for the time being? An innovation always seems to come along at the right time, but the wait for the right person at the right moment of inspiration could be a long one.

So, while the fastest tablet on the market right now is the Note 10.1, this looks set to change significantly, and will continue to as NAND memory expands. No sooner do we seem to get our hands on a new device than a faster, better one appears. For consumers, this may be an annoyance, but most of us are happy to stick with what we have until the next best thing comes down in price. As quality technology becomes cheaper, manufacturers need to offer us innovation and unique features to ensure their place at the top of the market. Will Samsung’s Pro Class 1500 put their next generation of devices at the top of the list?

We’ll have to wait and see.