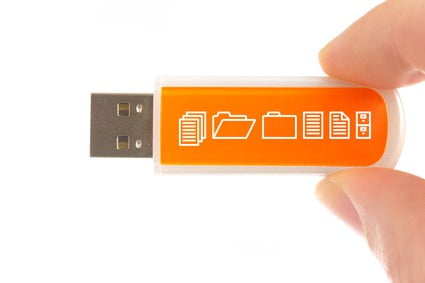 Flash memory devices use NAND wafers. They are fast and non-volatile.

Time will tell. The hype over the future of NAND technology, worth the fuss? NAND is non-volatile memory we use in today’s cameras and other flash media devices. It’s also used in a fast-growing number of computers as a hard drive. What’s the meaning of non-volatile? It means the device will perform memory retention inside the NAND flash card even when the power is off. Power failures or logical corruption can lead to the need for flash memory recovery solutions.

NAND memory technology is getting smaller and smaller. Its capacity to hold memory and its long life have given this technology a boost. We use this technology in two ways. There is SLC and MLC flash. Both are initials for single and multi level cells.  The technology spreads the memory out over the cells in an even distribution. The distribution of memory allows for better performance and faster read write cycles. Flash media powers the devices that we use every day. Have a broken or bent tip on a USB flash drive? More information: Recover documents from NAND storage drives.

Flash technology, which got its name from the speed in which it works, comes in two forms. NOR is the more sure-footed type that quickly records memory sequentially. NAND on the other hand is a much more affordable sequential reader and writer of memory. NAND flash chips can store more data on less space by spreading it out, over sequential cells. Spreading out the data makes it better suited in the storage of mass data than NOR. NAND has rewritten the price rules. It’s much more affordable with its multi level cell upgrade.

Flash Memory Lifetime, what About Endurance?

Read, write and erase, what are the speeds? How long will my NAND flash memory last before it breaks? When can a user erase the re-writable cells in NAND Flash? The manufactures say, if used daily, an average lifetime is between 10,000 erase and rewrites cycles. Furthermore, experts believe this number is lower. The makers of flash based memory chip are estimating users actually erase and rewrite less often. Is the average user only using a quarter to half the memory at a time? Are users filling the flash card to capacity? Manufacturers argue, the even distribution makes it a moot point.

Flash Memory Talks the Talk But Can it Walk the Walk?

For a while, their companies came out with new ideas of what NAND is and where this flash memory technology was going. All this hype is beginning to fade in 2015. The new whispers are of PCM (Phase Change memory), MRAM (Magneto resistive RAM) and RRAM (Resistive RAM). Has SLC and MLC NAND Flash technology seen its day in the sun? No, not by a long shot. Furthermore, manufacturers continue producing new products and technology. Of course, in having NAND Flash, we have a winner. NAND Flash Technology will be around for another fifteen years. For information on NAND data recovery, click here!