According to Computer Weekly, PCIe SSD technology is just the most recent incarnation of the solid state drive (SSD) revolution. The SSD revolution is epic because it is steering us away from traditional hard drive devices in favor of a faster, cooler, and more energy-efficient replacements. 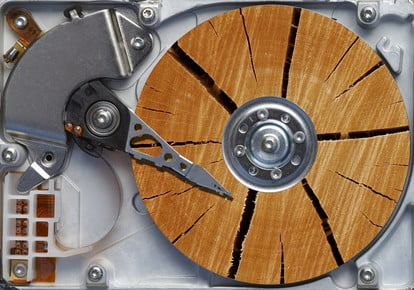 When put side by side, the traditional hard drive does not, and cannot, hold a candle to solid state drives. Traditional hard drives consist of moving, mechanical parts. They’re loud, run hot, put a sizeable amount of strain on a computer system, and only access some data fast.

In stark contrast, SSDs have no moving parts. They leverage NAND technology. Unlike hard drive devices, SSDs run nearly silent and cool, alleviating a computer system of unneeded strain to improve and boost overall performance, and access all data at the same time.

SSD is the solution for every computer user seeking to gain the most productivity and optimal performance and save on electricity. Solid state drives can be installed in both laptops and desktops.

Unlike other drives, PCIe type NAND technology plugs directly into a computer motherboard. It outperforms even the fastest drives by increasing performance through the number of channels a user is able to run data through. For example, some information on one of the fastest SATA-based SSDs, produced by Intel. It uses a 10-channel controller. PCIe SSDs leverage 25 internal channels. As a result, this outperformer is well suited for buffering and caching applications at lightening speeds.

Just how fast is this solid state disk cutting-edge technology? According to Computer Weekly, PCIe SSDs have approximately 100 times greater throughput and instantaneous access times in comparison to traditional hard drive devices. One of the best comparisons to illustrate is the Internet. Do you remember how slow and unresponsive dial-up Internet was? High-speed cable, and now fiber optic based Internet, is hundreds of times faster. So too is the speed difference between traditional hard drive devices and PCIe drives. eProvided handles data recovery on NAND based solid state drives! Aside from markedly faster performance, this technology offers several value packed benefits.

Traditional Hard Drives Are Going The Way Of Snail Mail.

Do you remember when e-mail was the greatest thing since sliced bread? When we started sending mail electronically, it was like magic. It seemed as though the moment we clicked “send,” our message arrived in the addressee’s inbox. All of a sudden, sending mail through the United States Postal Service seemed insanely slow. Today, postal mail’s called “snail mail” because it moves at the pace of a snail in comparison to e-mail.

Likewise, PCIe type NAND technology is moving at the speed of light, leaving traditional hard drive technology in the dust. It won’t be much longer before these old snail slow devices are obsolete.