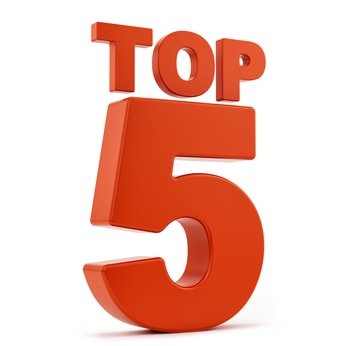 As the owner and founder of eProvided data recovery service, Bruce understands the importance of accessing your critical files. He’s worked in the field of data recovery for over 15 years, and he has some top-notch advice for everyone who uses data storage devices.

Learn to use backup systems so that files are located in more than one place.

USB flash drive recovery services or MicroSD card recovery services are needed if they become broken or damaged with little to no warning. What works perfectly today may not tomorrow, which is why backing up your data is so important. Don’t just back up data on the same storage device. Instead, create a copy and move it to a secondary device. Chances are both devices won’t experience issues at the same time.

Regularly backing up your data will save you time and at least some headache of data loss. It can limit the amount of data lost due to device damage or file corruption, meaning if data recovery cannot resurrect the lost data, then you haven’t lost much.

Purchase drives that are highly recommended, many hard drives today are poorly manufactured.

Devices are in such high demand today that they are produced in bulk. As a result, it is not uncommon for manufacturing standards to slip and device quality to decline. Your best bet is to live by customer reviews. Which devices come highly recommended? Many of these devices may be the same size, but other similar drives can be twice as fast at the same cost to GB. Invest in those.

Get faster memory sticks to prevent files not moving fast enough, this prevents file transfers and data loss. Speed really does matter. When it comes to technology, it’s the hare that wins the race over the tortoise. Newer devices have faster speeds compared to older ones. The faster the data transfer, the less chance there is of a file mishap or data corruption.

What’s the takeaway? Don’t be afraid of newer, faster storage technology. Embrace it!

Your PC will operate in most cases 300% faster. No, we’re not talking about ant spray. When RAID first came on the technology scene, it stood for “redundant array of inexpensive disks.” Today, “inexpensive” has been swapped out for “independent.”

In its simplest terms, RAID is a virtualization technology made to combine multiple disk drive components into a rational unit that will ultimately improve performance. When combined with SSD, or solid-state drives, you will reap the rewards of unbelievably fast drive speeds. As pointed out earlier, faster speeds equate to fewer data mishaps when transferring files from one device to another.

Consumers store data on cell phones. Cell phones that are waterproof like the Samsung Galaxy are a better choice.

It’s a fact. We take our cell phones everywhere. They are the one Internet housing, camera toting, e-mail checking storage device that run nearly our entire lives. We save everything from family snapshots to downloaded e-mail attachments. Some even run apps in which we create entire documents that we then store and transfer to our tablet and/or pc. If you stop and think about how much data is encased in your phone, you’ll likely realize there is a great amount that you would hate to lose.

Protecting your cell phone from mishaps is vital. While a case can go a long ways toward protecting the phone from drops and impacts, it doesn’t do much against technology’s archenemy: water. A waterproof phone just might be the best investment you ever make.