In recent years, NAND flash tablets have replaced laptops for many people, in their domestic lives at least. For those who only used their laptops for internet access, watching films and playing games, tablets can now offer all of this without the added weight or bulkiness of a laptop – you can hold a tablet comfortably in one hand, set it on your lap, or prop it against a wall with much greater ease. This convenience is a must for most casual users, and its portability is a key convenience even the smallest laptop can’t offer; for example, many people would be reluctant to use their laptops on a train or bus unless they had enough space (which is not always available in busy periods). 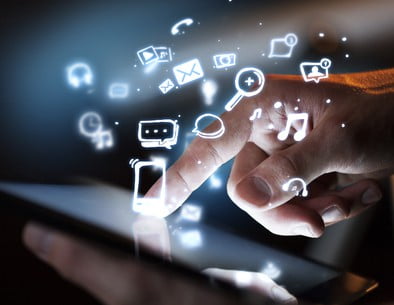 However, tablets have also secured a place in the business world, for office-use and whilst on the go. Thanks to cloud data storage, documents and other essential information can be accessed wherever, whenever. Laptops and desktop PCs are still prevalent in many businesses, though, offering a greater range of applications and facilities than tablets – bigger screens and larger keyboards will always be more advantageous for prolonged use. Despite these differences, however, NAND flash memory is changing the way in which computing devices store and process data, and will lead to significant changes in portable technology. Check out this NAND data recovery testimonial about eProvided.

Tablets use NAND flash memory, which is a non-volatile solid state drive (SSD) technology able to store data without power. Why is this advantageous? Well, NAND flash memory is a preferred storage option for many manufacturers and consumers, more so than an average laptop’s hard drive, particularly in applications demanding a low capacity (around 4 gigabytes or lower). As more and more tablets flood the market, and consumers expect more functionality and storage, NAND is becoming more and more attractive to developers.

NAND flash memory has evolved drastically in the past ten years, allowing for lower costs per bit for an increase in maximum capacities. As a result of reducing the physical size of this technology whilst boosting the number of bits in each cell, NAND has dropped from 160nm (nanometres) to 24nm in the past eight years. This has allowed tablet manufacturers to make the most of this tech whilst offering customers sleek, thin, portable computing over chunky laptops.

How does NAND flash memory differ from Laptops?

As we’ve just discussed above, NAND’s smaller size and increased storage space has helped it to become a huge draw for manufacturers, as it allows them to produce devices capable of storing large quantities of music, video, and also capable of running more powerful games than mobile devices have previously. However, laptops still offer a lot of functionality tablets cannot. How do they differ?

Laptops drawing on hard disk drive storage offer greater storage capacity than tablets, with some now available offering close to 1 terabyte. Hard disk drives are based on quickly-rotating magnetic platters combined with read-write heads, which move over the platters’ surface to receive and/or record data. This is obviously vastly different to the construction of NAND flash memory, which uses floating-gate transistors connected in series. Therefore, additional storage offered is vastly important for domestic and business users. Thus, users backup data and media to cloud storage. Analogous to, the vast range of companies on the market, including Dropbox and Google Drive. These extensive cloud storage sites offer users terabytes of storage. Power users depend on laptops or desktop drives for large applications, until tablets reach a stage offering better performance. The key advantage of Solid State Disks is that they involve no moving parts. Thus, it ensures there are no mechanics that could break. In addition, no matter how much the SSD device is dropped or moved around, it has a better survival rate. Flash data recovery services on NAND storage may become necessary if data loss takes place.

However, hybrid drives are now available which combine NAND flash memory alongside a spinning disk as a hard-drive form. This offers the best of both, offering the size of HDDs with the faster boot-up and application-load times. As this technology develops over coming years, more and more manufacturers will begin to explore the potential benefits, bringing various advantages for users in business sectors.