Why would you want to invest your budget in a Solid State Drive? Because they are very fast. Lightning fast when set up as an SSD RAID 5 array. eProvided uses RAID 5 disk arrays to recover all lost SSD drive files. Speed and electricity consumption is key. Solid State Drives can fail. Thus, have a backup strategy in case disaster strikes. eProvided SSD data recovery has a file retrieval service for those in need. We offer competitive solid state drive recovery prices. $3,000 is too much for recovering data from drive failures on an SSD. eProvided has never charged anything near this price for solid state data recovery.

M.2 SSD is Leading the Pack! As a result, the demand for M.2 Solid State Drives is increasing. Thus, let’s talk about them and how it relates to solid state data recovery.

Hard drives were the traditional storage choice for desktops and laptops. In essence, HDD’s are a platter made of metal with a magnetic coating. With such a complicated setup, you can see where SSD problems arise. In short, this magnetic coating stores all your files. They’re accessed by a read/write arm as the disk spins. 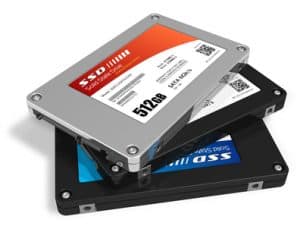 An SSD has a series of NAND flash memory chips. For instance, NAND wafers on SSD storage connect via a controller chip. In short, the NAND wafers store your files, without moving parts. When this technology becomes unrecognized or corrupted, data recovery on SSD storage drives is possible.

Read more about SSD drive failure by keeping up to date with our blog. Hence, stay tuned for more information to be updated.

Why did my Solid State Drive Fail? SSD Drive Failure. Causes to an SSD not being Recognized.

SSD Drives do fail, often quite suddenly. Nevertheless, they are generally reliable. Click for SSD data recovery! There are instances that cause Solid State Drive failure.

Besides SSD failure, our engineers provide SSD drive recovery for damaged SSDs. SSDs are prone to failure, and the most common, we will discuss below.

SSD failure occurs because of a few reasons. File system issues, operating system errors, and bad block just to name a few symptoms of SSD failure. When your machine won’t boot, or the drive runs extremely slow, you could be at risk of data loss. Continuously check the health of your SSD. In order to have a successful recovery, having a healthy drive is detrimental.

Physical faults with the SSD itself, such as shoddy workmanship in the solder joints, causing connections to break or become oxidized. Faulty components in the SSD itself can lead to NAND flash memory failures in the drive, causing it to malfunction. Not only can professional SSD drive recovery restore unrecognized drives, but physically damaged ones too. 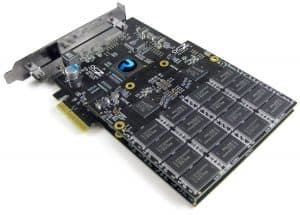 SSD Data Corruption can Cause a Drive to Fail. Thus, Leading to Loss of Data.

Corruption to an SSD, NVMe, PCIe from a heavy blow, water damage or even short circuits is common. In short, anything can go wrong with this technology. SSDs are robust. Unexpected impacts cause serious damage. Moreover, liquids on these drives are dangerous. Bad solder joints and non-lead solder technology is not perfect. Besides, eProvided knows the most common failures in SSD drives. Usually, solder joints & broken connections inside the SMB are common SSD failure symptoms. In fact, our SSD drive recovery engineers have over 20 years of experience in recovering data. With this in mind, your files, photos, and videos are recoverable.

Have you seen the layers of a SSD drive board? See how complex these storage devices can be. In particular, they are comprised of many NAND wafers. How are NAND chips created? SSD drive recovery consists of NAND retrieval. Data stored to an SSD resides within these NAND chips, and if they were to crash, your files could disappear.

Do SSD drives fail? Yes, they do. So, what if SSD failure is now a reality? You do have options to restore your lost files by utilizing SSD drive recovery services. Solid state drive failure rates have seen improvements in the last 10 years. Thus, this minimizes the occurrence of Solid State Drive problems. Improvements in circuits and SSD controllers are the contributing factors.

An SSD is a useful and powerful storage device. In short, they provide good capacity and quick access with quiet performance and good robustness. Should your SSD fail, experienced professional SSD drive recovery services can help in many cases, restoring your data with no loss. Of course, it’s always wise to keep backups … just in case.