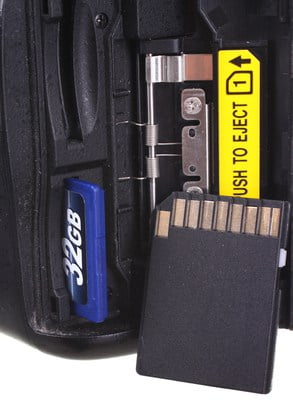 Memory comes in many forms and fashion. When digital cameras were first produced, they came with a type of installed memory on a chip. Thus, these storage chips were as wide as two fingers. SD card data recovery companies hardly existed yet. This fast, reliable form of data storage began use not only in cameras but smartphones and multimedia devices. Eventually, SD cards fail. Users face the conundrum of either buying a new one or trying to recover data from the old one.

How Long Do Cards Last?

Many users of cameras of that golden era had pictures stored on their camera’s SD card when it went bad and deeded the information on it recovered. Eventually, software manufacturers picked up on the need for recovery and a plethora of recovery software became available, ranging in price from free to relatively expensive, depending on how attached to the data on your card. As we explore the recovery of data on SD cards, we should first take a look at how long these cards last.

An SD card is usually expected to have a regular operating life of just under 2 years, reliably. Every day after that two year mark means taking a chance on the operating fidelity of the card. Now, as this is an average figure, it is not impossible for an SD card to last in excess of five years. Depending on the card’s life cycle and condition, it’ll outlive the 2 year limit on life expectancy. SD Cards typically become most optimal a few weeks after their initial activation. In the case of most storage medium, the amount of time the medium exists usually affects the fidelity of the data on the disc.

An SD card is significantly different from regular storage medium. The longevity of an SD card depends mostly on how often data’s erased and rewritten on the card. It explains why professional photographers tend to have to replace their cards every few months. With every write cycle, the card becomes a little more “used”. Write-cycle technology built into the card make it possible for a card to last for many years. Thus, writing spreads across the entire capacity of the card. It’s not focused on wearing out 1 particular block. This is termed ‘wear leveling’.

SD cards have a possibility of being worn down through consecutive write cycles.In fact, it’s not the only way an SD card can fall victim to data failure and corruption. Most of the other cases have to do with the physical housing of the card. In comparison, corrosion on the pins that form the interface between the hardware and the card fail. An SD card’s housed in plastic. And, if this plastic’s exposed to large amounts of heat and humidity, it can become brittle and crack or break. Therefore, making it unsuitable for use in any hardware medium. The pins used for interfacing the card with the devices can corrode due to high humidity. Oxidation in the atmosphere is also a factor. These situations usually lead to the actual card being inaccessible. Thus, the data contained becomes lost.

Recovery options for an SD card containing photos can vary. Prices on software, designed to recover card information, vary. Software is able to recover cards with basic read/write problems or issues in formatting. Data becomes removed and saved on another storage device. To maintain usability, backup data, in case the SD card fails. Demo versions of file recovery software require a purchase before saving your data.

However, these software solutions are of no help when there is a physical defect in the card or if the card’s partition information is missing or damaged. In such a case, the best idea would be to approach recovery specialists such as eProvided. File recovery specialists guarantee that the data on the card remains in place. In similar fashion, the card itself may become unusable. SD card recovery can be a simple procedure if the card is readable. However, when the card becomes unreadable, the only way to recover the data is to consult an expert.

Through the march of technology, there have been massive advances in compact storage solutions. Ten years ago, the average size of an SD card was 128 MB to 256 MB. Currently, SD cards span up to 128 GB of information, a thousand times the storage size of ten years ago. This introduces another problem to having long-living SD cards. As we advance in the electronic age, older discs will become less and less relevant as they cannot support the size of data that new devices would be able to produce. In this sense, it may be better to let your old SD card die, after you remove the data that you already have on it and trade it in for a better model. It’ll save you the hassle of data recovery, and it’ll keep you abreast of current technology at the same time.