Compact Flash Cards (CF Cards) became very popular and widely accepted with the advancements in digital cameras and personal digital assistants. CompactFlash give users the freedom to go and purchase cards with storage capacity that meets both their needs and expectations. CF cards became popular due to a number of reasons. One of the main reasons is that compact flash cards are non volatile. Meaning the data stored in the CF card is retained even if the power on the device is turned off. They are based on a semiconductor design making them stronger and less prone to damage than other traditional data storage devices.

Regardless of these benefits, what if the CF card were to fail? CompactFlash cards do fail. It would result in the disappearance or loss of precious and valuable data. And, eProvided services broken SD card recovery as well. As the saying goes ‘Prevention is better than cure’. Below are some preventive measures that will help you avoid eProvided compact flash card failure services. 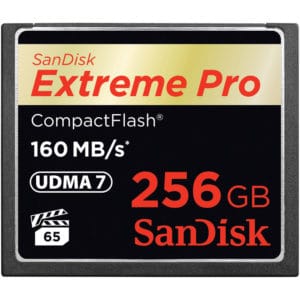 It’s always a good idea to use multiple compact flash cards instead of relying on a single large capacity CompacfFlash. The storage capacity of the card does not have to be large. By spreading out your data across multiple cards, you’re reducing the risk of losing all of your data at once. It’ll be less of a convenience having to frequently switch between cards that are 2GB, 4GB or bigger when compared to just owning a single 128 GB card. But, what if you were to lose all of that precious data on your large memory card? Of course, you always have the option of recovering lost data by getting help from a compact flash card data recovery specialists. But, you would then have to spend your valuable time, money and efforts that could have been avoided just by the utilization of multiple small CF cards instead of one large one.

Do not fill up your card to the max of its storage capacity. You should always make sure that you know the actual capacity of your CF card. Suppose the size of your compact flash card is 2GB. This does not mean that you need to store 2GB of data to the card. When the card becomes completely full, then there is more of a chance that the data and the camera card will become corrupted. So, try to leave some storage space on your compact flash card. You also have to be very careful in the handling of the card. You should keep it in a safe dry location that is free of dust.

Traveling can likely cause damage for the average photographer. It’s a good idea to have a sturdy / protective case. This will make the card will be safe from physical damage in the case of bending or dropping. Take your CF card out from your digital camera or personal digital assistant with the utmost care. You should always practice the “safely remove” strategy on your computer when removing the card from the desktop or laptop. If you are taking the card out of your camera, always ensure that the camera is switched off before doing so.

It’s always a good idea to format your CF card than to manually delete the data by going over images and videos individually. By performing the format operation on your compact flash card, you are automatically scanning and also correcting any disk errors, thus bringing the card back to its original factory state. In other words, you are preventing the CF card from getting corrupted when you properly format it after each shoot. Don’t use your CF card when the battery on your device, whether it is a PDA, digital camera or laptop is low. If the data has been written to the CF card exactly as the battery is getting low, there is a good chance that the card will become corrupted. In short, handle your card carefully and avoid needing eProvided compact flash card failure services.